For King and Country performs their hit song titled “Baby Boy” live at 94 Fm The Fish studios in Nashville, TN.  They are a Christian rock band composed of Australian brothers Joel & Luke Smallbone. The Nashville-based group was named by Billboard as one of the “New Artists To Watch” for 2012.  94 FM The Fish is a Nashville, TN based Contemporary Christian Music radio station.  They also offer free online streaming music that is Safe for whole family.

FOR KING and COUNTRY – IT’S NOT OVER https://t.co/2JULfZfsPp #nowplaying #listenlive

for KING & COUNTRY – “The Proof Of Your Love” (Official Music Video)

For King & Country, stylized as for KING & COUNTRY and formerly known as Joel & Luke as well as Austoville, is a Christian pop duo composed of Australian-American

Listen to Free Christian Music and Online Radio | 94fm The Fish …
http://www.94fmthefish.net/
This Sunday on the Fish it’s Contagious Encouragement as 94 FM the Fish debuts Keep the Faith. … Join 94FM The Fish next fall in the Caribbean with Matthew West and Greg Laurie on the 2016 Storytellers Cruise! … Nashville, TN 37217. 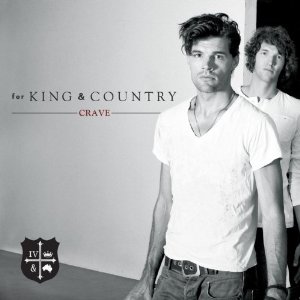 duo for KING & COUNTRY, released on 28 February 2012 by Fervent-Curb Records. The album was recorded at several different studios in California and Nashville

3 responses to 94 FM The Fish: For King and Country – Baby Boy | Live Performance