SHAYA, XINJIANG, China, Aug. 29, 2012 /Christian Newswire/ — Two lawyers for jailed Christian lawyer Gao Zhisheng were denied a meeting with him Monday by authorities at the prison in far west China where he has been held sinc Source: China Aid Association, Inc. 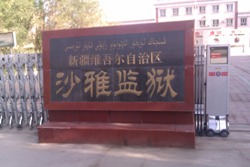 A Christian girl in Pakistan has been sent to prison for allegedly desecrating the Koran.

A Girl’s Message To All Christians

A Girl’s Message To All Christians iEmanuella’s Channel: www.youtube.com Hey there! I’m Emanuella. I’m a Christian. I have been a “good” Christian most of my life. It was my identity. I used to like to tell people how “good” I was, how I kept all the…